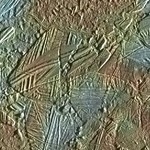 Your characters encounter a land that has suffered a major disaster.  They look for clues in the land itself to see what happened.  What clues do they find?  Was the disaster natural, or caused by some artificial means?  Write your characters observations and conclusions in 200 words.

This article is really worth reading, it has too much details in it and yet it is so simple to understand, Thanks for sharing the picture it has great detail in it and i really appreciate your true artistic work!