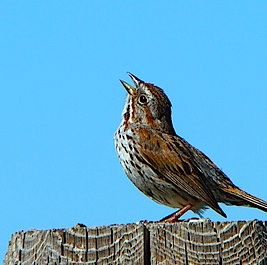 I've heard it so many places, now, that writers need to create a robust online platform.  It took some time to really understand what was meant by "platform" in this context, and what would make it "robust."  I was glad to see that a blog was included, since I enjoy reading and writing blogs.  I was less than thrilled to see that both Facebook and Twitter were considered essential.

I am on Facebook, but my presence is spotty and sporadic.  It is also purely social.  At this time, I do not see my using that as a major tool to connect with other readers and writers.  So I turned to the other medium to tackle it first.  Twitter.  Given my preference for writing longer, fewer blog posts instead of the sort of daily-two-paragraph approach, the idea of tweeting seems a bit non-intuitive.

After some thought, I decided to simply sign up and see what I needed to do to put myself out on Twitter as a means of making connections with other real fans of science and its fiction (and fantasy, the weird, etc.)  I was surprised to find that the attempt to write a 160 character bio had me thinking about the entire basis for why I write in the first place.  It shouldn't have been a surprise, since writing a good haiku makes you reassess your view of reality.  And yet, well, I was surprised.

There are a plethora of "how to write a good twitter bio" articles out there, so I read many of them.  That is my natural approach to a problem, being a scientist - do research.  In this case the research tells you how to write the bio great detail, but you of course have to step away from that and into yourself to find out what you really want to write, and why.  I wanted to create a pithy, good bio, that included the keywords that would allow me to connect with like-minded folk.

In order to do that I had to think about this blog, my stories, and why I write anything at all, either fact or fiction.  I've written novels, textbooks, articles, papers, proposals, poems, and other words that start with "p."  All of it is me, what drives me, and what makes me want to share with others.  For some reason, taking a good, in-depth look at this is hard.  After a few attempts to write it down in sentences, I started simply writing the keywords.  What were the words that would match me to a potential reader of my tweets, my blog, my books, and what would match me to others, so I could read their stuff?

The first string was easy, since I have it in my title here - astronomy, science, science-fiction, horror, speculative, fantasy, writer, reader.  Was that it?  Hmmm.  What was packed inside those words?  What were the aspects that really appealed?  So astronomy and science generated geology, biology, planets, universe, and cosmos.  Then adding science-fiction generated space, space travel, space exploration, and technology.  Horror interests me most when it is paranormal - about ghosts, vampires, and demons.  Fantasy is something that I like in almost any flavor, but gravitates to the sort of high fantasy that seems medieval with monsters, swords, and dragons.

At this point I felt I was getting much too specific.  After all, it isn't the swords that really matter, it is the story - story, myth, legend, tale.  What drives it all, what makes it work, is how we bring our understanding of this world, the real world (as we see it) into the fabricated worlds - history, culture, psychology, philosophy.  It is about character, life, humor and all other emotion.  How do we think, laugh, know?  What part does the writer play as an educator, a communicator, a translator, helping our readers jump the gap to a new way of thinking that entertains them, inspires them, but also helps them see the real world in a new way?

So as a list, it is merely a basic starting point, but it taught me something important about what I want to write, and why.  It comes down to that last sentence - seeing myself as a communicator, an educator, a story teller, and that desire to share that spark, the smallest glimmer of a new way of thinking.

And now to condense this into 160 characters, including spaces ...