Being a Good Literary Citizen - Part One - Motivations 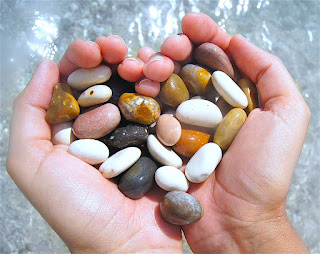 "Being a Good Literary Citizen" is a favorite subject of mine, because I am a collaborator-type who enjoys finding ways for everyone to win.  I truly believe in the positive power of community, and I am both excited and humbled to be a part something as awesome as fiction and poetry writing (and writers.)  I've heard the topic of good literary citizenship come up a lot recently, and thought I'd post a few ramblings here about the subject.

I'm going to start with an anecdote of something that happened to me.  A writer on twitter asked for help with a research topic.  It was right up my alley as a planetary scientist, so I sent them an email with a bunch of ideas.  This person never responded back to me.  A few years later I'm reading an anthology, and I find a story from this writer with ideas right out of my email.

I do not think this writer acted as a good literary citizen.  Because I never received a response, or even a "hey, that story got published," I feel like I'm nothing more to this person than a resource to be tapped.  They got what they wanted from me and then forgot about me.  I do not feel like a fellow writer and colleague.  I'm certainly not in the mood to read any more of this person's work, and have stopped following them on social media.

Whenever something like this happens to me, or I hear about something similar happening to another writer, I rededicate myself to being a good literary citizen.  I want to be the sort of person who makes authentic contact with people, who gives thanks and credit, and who looks for ways to be a part of something bigger.  I want to be an empathetic, kind, inclusive and caring person who owns up to mistakes and who is always striving to learn and improve.  It goes beyond being a citizen, really, and becomes a sharing of person-hood.

Next post - I'm going to do a practical list of suggestions and ideas for being a good literary citizen.  If you have some thoughts of your own, write them here, and I'll include them in the list!

A Most Marvelous Muse

This year's Muse and the Marketplace conference, hosted by Boston's Grub Street, has come to an end.  I am tired but happy, and currently shuffling through my notes to see what might be fun and useful to post here on the blog.  I went to several great sessions and had a most encouraging interview with an agent.  Even though I was pretty much solo for the event, I got to hang out with some new friends, and met a lot of interesting people.  I'm following a lot of them on Twitter now, and it's a lot of fun to get more like-minded writers into my feed.

As for pluses for Muse, there are lots.  Most of the sessions I went to were presented by engaging and knowledgeable speakers.  I enjoyed the fact that there were few panels. (You know my thoughts on panels as I've posted about them before.)  All of these speakers were well prepared, and most had handouts so you didn't have to be taking notes like wild the whole time.  I was unable to attend the social events because of personal conflicts, but it looked like there were many of them, and they seemed quite popular given how attendees spoke about them afterwards.  The agent/editor portion of the event was organized and run well.

My gripes are pretty minor, generally speaking.  One is that some of the rooms were long and skinny, meaning that it was hard to get seated and easy to get lost in the back.  And, well, this conference isn't cheap, since it includes a hot buffet breakfast for two days, as well as other offerings.  In addition, there wasn't much for people interested specifically in speculative fiction, nor were there any poetry-related sessions that I spotted.  But no conference can be all things to all people. (As for genre, I'm hoping to hit Capclave later in the year.)

I think it is a very good conference for writers overall, if one can afford the price tag.  And I'd certainly recommend it over other, larger, writer's conferences that are all panels.  This conference gave me more of a feeling of community than others I've been to, and I'm hoping to go back again whenever my schedule permits.
Posted by JA Grier (ee/em/eir) at 4:43 PM No comments:

Emerging From the Slush - AWP Panel

Another panel I attended at AWP this year was the "Emerging From the Slush - How to get your short story published" panel.  The theme was looking at "Robert's Rules" - the ten ways to get you and your story noticed.  They handed out a bunch of neat-o bookmarks with all the critical information on it, so it was easy to get the main ideas at a glance, and know who was there.  Panelists were Robert Kerbeck (moderator), Michael Lemberger, Sujata Shekar, and Zach Powers.  (As before, the room was jammed to capacity, and I could not see the panel table, so I could always be certain who was talking when.  I have names when I'm pretty sure who was talking)

In any case, I thought I'd share the list here and some of my notes.  There is nothing earth-shattering here, and I can't say I agree with all of the suggestions, but it is nice to have all the ideas in one place.
Image Credit - Stack of papers.  CC 2.0 Wikimedia Commons
https://commons.wikimedia.org/wiki/File:FileStack_retouched.jpg
Posted by JA Grier (ee/em/eir) at 7:04 PM No comments: