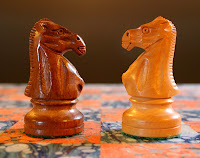 Matching Your Story to the Perfect Market 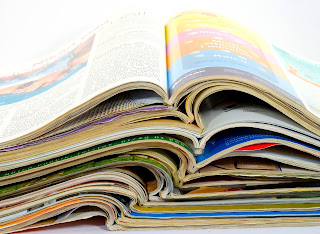 Finding a good home for your story can be a challenge.  Doing a good job when looking for the right home can mean saving a lot of time and grief for everyone involved.  In the end, a good match means happiness for writers, readers, and editors.

1.  Know the Genre of your Piece
This seems easy at first, but genres can merge and blend.  Additionally, the publishing world is always coming up with new genres and sub-genres.  Do you know the basic definitions for your genres?  What makes a story a sci-fi story?  What are the types of fantasy?  How much romance makes for a Romance?  What is Slipstream?  After you've identified the genre(s) and sub-genre(s) of your piece, consider the style or tone in which it was written.  Perhaps it is humorous, surreal, dark, technical or some combination.  It may be helpful to write out the words that fit your story to have on hand as you are considering markets.  As an example, a recent story I finished has the "classification" Horror, Monster, Apocalyptic, Romance, Dark Humor.

2.  Find the Markets
You are probably already reading many of the publications in which you'd like your work to appear.  Finding new markets is petty straightforward, since most in our genres are listed with either ralan.com (free) or duotrope.com (charges a yearly fee).  I've also found markets by checking out the tables at various conferences, looking at the publication history of stories in anthologies, and looking at author bios for where they have previously been published.

3.  Know the Markets
You probably know the publications you read pretty well.  You know the tones, genres, styles, and subjects they like to publish.  Do the same for other markets that interest you.  The best way to familiarize yourself with a publication is to buy a copy and read it.  Online journals make this part of the research very straightforward, since the material is right there for the reading.  You also protect yourself this way - you might reconsider submitting to a publication where the stories have a lot of typos and grammar mistakes.

4.  Follow the Guidelines
Read the guidelines for each publication carefully.  The submission guidelines probably have details about what the journal is looking to publish.  There may be special issues, themes, or anthologies open for submission, individually or at the same time.

5.  Know the Editors
Check the "about" page of any journal, and find the editors.  Do some research on them.  See where they have published, for example.  This can be challenging, since not all publications make it clear who will be handling your submission.  Still, if the Editor-in-Chief is known to dislike vampire stories, it is probably a waste of time to submit them to the mag, even if the mag does not specifically prohibit vampire stories.  Keep an eye out for editor's notes or interviews.  For example, Duotrope has posted some interviews with editors that give a bit more insight into what they are seeking.

6.  Other Issues
Along with concerns about genre and content are issues related to compensation and rights.  Some markets pay more than others.  Some markets buy more rights than others.  Be sure you know what obligations you incur whenever you submit piece of writing.  Such concerns may have you choose one market over another, as a better home for your work.

And there is it.  Hopefully these suggestions will help us both identify good homes for our stories.  Of course, the submission process itself is the food for an entirely different blog post.