As I mentioned in a previous post (Ten Ways to Help Avoid 'Culturefail' in Speculative Fiction), I attended a panel at Arisia about how to avoid "culturefail" when writing about cultures and peoples that are not one's own.

The panel suggested some similar features in novels that presented other cultures in interesting and authentic ways. - The books subverted common tropes and negative stereotypes.  They included confrontations with the difficult issues of power, privilege, and oppression.  They included characters in those cultures with their own plot arcs, friends, family, and context.

I asked each person on the panel to recommend a novel that, for them, was an example of "culturewin" - a story where a writer presents another culture with authenticity.  The following were books recommended (some with controversy) by panelists:

The Salt Roads by Nalo Hopkinson
Thirteen by Richard K. Morgan
My Name is Red by Orhan Pamuk
Tropic of Night by Michael Gruber

A fifth book was mentioned, but I only caught the title, "Who Fears Death?"  I believe this is by Nnedi Okorafor.

So now I have some new books to add to my reading lineup for the year!  Have you read one of these books?  What did you think?  Did you feel the books helped to break down old tropes and subvert them in unique ways?  Were these compelling reads for you?  What books would you suggest as "culturewin"?
Posted by JA Grier (ee/em/eir) at 4:15 PM 1 comment: 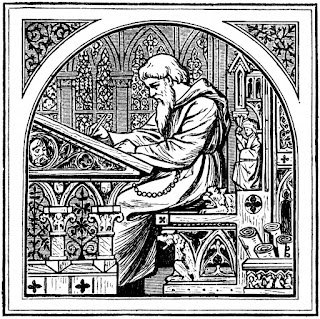 I've been following an interesting discussion (or twelve) on twitter about speculative poetry - specifically why there are so few people who seem to be interested in spec poetry and then how to go about changing that situation.  Since I do my thinking by writing, it's no surprise that a blog post (or twelve) has/will result.  I've decided to put together the parts of such a scheme here, and see if it goes anywhere.  If not, at least in the process I will certainly have educated myself on some issues that are of interest and import to me, anyway.

If this post is the so called "start" then my inclination is two fold: first to define terms, and then to plan initial assessment.  I can't do anything without assessment - too long working in science and science education.  But doing both in one post would be too long, so here is the definitions post.

So, what is the definition of "Speculative Poetry" anyway?  Definitions abound, of course, since for every person there is a spin or angle unique to them personally.  I'm going to take the very broadest definition of the word "poetry" since I want to be as inclusive as possible.  It is largely poem content that makes a poem speculative or otherwise, generally speaking.  Though there are exceptions.  Of course.

For a plethora of definitions, one can always start with Wikipedia.   Bruce Boston discusses speculative poetry in an interview, Mike Allen has an Introduction to Speculative Poetry, Suzette Elgin posted About Science Fiction Poetry, and several other folks have blogged about it, including Sofia Samatar and a post by Mae Empson in Inkpunks. (Okay, what have I missed?  What works/does not work with these definitions and discussions?)

In my mind, speculative poetry includes the range of subject matter within sci-fi, horror, fantasy, slipstream, the weird, and all the places in between.  It also includes poetry about science, which is something of a deviation, on the surface, anyway.

I think what sets speculative poetry apart is the emphasis on the strong imaginative element, even the "science" poetry.  These poems seem to take us someplace else, before bringing us back to the truths we already know, and now see through a new perspective, thanks to the poem.  Here's an excerpt from one of the very first speculative poems I ever read ...

Among the hills a meteorite
Lies huge: and moss has overgrown,
And wind and rain with touches light
Made soft, the contours of the stone.

Thus easily can Earth digest
A cinder of sidereal fire,
And make the translunary guest
'Thus native to an English shire.

- C.S. Lewis
excerpt from "The Meteorite"

It is entirely "scientific" but also speculative.  This is fiction - the speaker is not referring to a meteorite that exists "in fact."  (If it did, it would have been retrieved for study or sale, no doubt, and not continue to erode in said shire.)  The journey of this meteorite and its final resting place exist within the head of the poet.  I also find the personification of Earth as 'digesting' to have a kind of mythological feel, i.e. Earth as a powerful force or deity.  (What do you think of this example?  What is your first or favorite speculative poem?)

Having now created a sort of cloud space of ideas that loosely form the definition of speculative poetry, I can now blog further about what to do with that.  Building audience for this genre of poetry might mean revisiting the definition later, or realizing that a targeted audience might only be interested in some subset of these poems.  But again, that's for later.

Ideas on definitions?  I would love to hear them.

Small Presses to Keep an Eye On

I mentioned in my first Arisia Con post that I attended several interesting panels.  One of those was a panel focusing on the "Small Press."  The first thing I asked was for the panel to define "Small Press" since the term can be a bit gray.  From the point of view of the panel, there were a few shared traits amongst the small presses:
With these thoughts in mind, the panel named a number of small presses that they thought were good ones to keep an eye on.  These included:

In addition, the panel also called out a handful of titles from these and other small presses that they believed deserved a read.  Note, some of these are young adult titles.

Have you read any of these titles?  What did you think?  Are there other titles from small presses on your (e)bookshelf?  How about these small presses, themselves?  Which publishers are in your sites right now?