The Norway Spiral and the Difference Between Fiction, Lies, and Truth 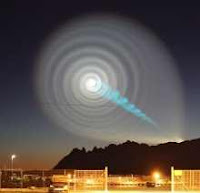 It will never cease to amaze me how the world produces things far more odd than many of the bizarre sci-fi ideas I spend my time dreaming up. But unlike my personal ideas, the world's phenomena usually have straightforward explanations. As a space scientist, I'm used to seeing strange things in the sky and then working/waiting patiently until we have them figured out. In the mean time, speculation is fun, but can be damaging for those who don't possess the critical thinking skills to tell fact from fiction, or the skepticism to know a lie when they hear it.

Case in point, the latest wacko thing to be seen in the skies over Earth, over Norway, actually - a gorgeous blue and white expanding spiral. This was seen about three or four nights ago, and naturally caused quite a stir. It's one of those things I wish so very hard I could have seen in person. But since, for better or worse, we live in an age when almost nothing goes unrecorded, we have all been able to see the photos and movies of what transpired in the heavens that night.
When something strange like this happens, the response of the public follows a pattern. I'm surprised that people are not so well versed with this pattern that they do not immediately bypass the "aliens have landed" phase, but somehow that never happens. Although every time a weird thing is spotted, and people first think of doomsday or aliens, and then that is always debunked, people keep on doing it. I understand the desire to have something amazing happen. People love excitement. But then group hysteria sets and and they start believing their own stories. All sorts of stories were generated around this phenomenon - aliens landing, star gates opening up, the Hadron Collider cracking the space-time continuum, a black hole forming next to Earth, and on and on. Some fun ideas for science fiction, but all totally off base for science.
I make up science fiction stories. I also write science. There is a difference. Although they can play off of one another - science can be fed by open-minded creativity, and good stories often have a strong factual basis - they are not the same thing. As a scientist, when I see something odd in the sky, my first thought is to observe it as carefully as possible, then consider what possible phenomena that I am familiar with that might have caused it. Then I go to bed and wait for my colleagues who were at the telescope that night, or getting updates of satellite launches or whatever, to get their ideas on one page, along with the observations of whoever saw the strange thing. In two days to two weeks, a coherent story emerges, and then we can move forward. Getting too wound up before that happens only spreads rumors and biases you against the results. 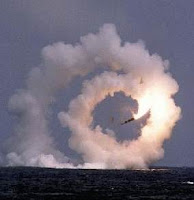 What really happened was rather mundane in some aspects. A Russian missile test failed. This is sort of where the lie part comes in, since of course the failure of this test is being denied. Who wants to admit they had yet another missile fail on launch? People are somewhat naive to think that since it was denied, well, that wasn't how it happened then. Again, given the day and age, it is amazing anyone bothers to lie about such things. We knew perfectly well a Russian sub was scheduled to test a missile, and exactly where it would be. And then we see a suspicious spiral in the sky. This is not the first time, really, although it is the most spectacular. The photo of a trident missile having a bit of a malfunction shows that pretty clearly.
My point? Two things, I suppose. The first is that I do want people to have good critical thinking skills. I hope they can see something like this and realize that the universe is quite amazing enough without star gates opening up on top of us. People are too open to scams and cons if they do not develop the ability to see something odd and not jump to conclusions. The second point is that I do enjoy the wonderful pump to the imagination that comes from seeing something unexpected. It does kinda look like a star gate.  That is very cool. And I certainly want people to enjoy their sci-fi. I do.
I just don't want them to pay a price for not knowing where the science ends and the fiction begins.
Pax
Posted by JA Grier (ee/em/eir) at 11:09 PM 2 comments: 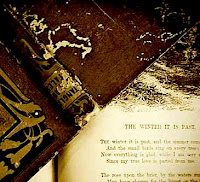